Total Recall at 30: why this brutal action film remains a classic

People often roll their eyes when they hear about a major Hollywood studio re-releasing a film from its back catalogue to cinemas. Director’s cuts, “reduxes” and remastered prints can seem like cynical corporate moves, re-commodifying a long dead vision of the world.

But in the case of Paul Verhoeven’s Total Recall — a masterpiece of late 20th century Hollywood cinema, being re-released on its 30th anniversary — this cynicism is unwarranted.

As someone born in the 1980s, who was too young to watch this extremely violent film on its cinematic release, I am excited by the prospect of finally being able to see it on the big screen.

Not to mention several of its iconic images: Arnold Schwarzenegger pulling a giant tracking device out of his nose, eyeballs popping out of faces on Mars and the infamous, three-breasted prostitute. https://www.youtube.com/embed/C3qYVSSyuDU?wmode=transparent&start=0

Total Recall marks a rare confluence of extraordinary talents and technologies. The source material is excellent. Phillip K. Dick’s twist-laden, science fiction narrative, interweaving speculation about potential future technologies with the social and psychological interrogation of the present world, is adapted for the screen brilliantly (and wittily) by a group of writers including genre maestro Dan O’Bannon (Dark Star, Alien, Dead and Buried).

Its noirish, pulp narrative, involving double (or triple?) agent Doug Quaid (Arnold Schwarzenegger) following clues to his true identity, is embedded in a rousing sub-plot structured around conflict between the haves and have nots.

The setting — Mars, colonised for its minerals — is beautifully rendered with the expressionistic exterior backdrops reminiscent of the cover illustrations of 1950s pulp sci-fi novels.

Typical of Verhoeven’s films, this is complemented by a detailed, fully developed background media ecology, involving fake advertisements, products, and communications technologies. Added to the mix are the superb cinematography of Oscar nominee (and regular Verhoeven collaborator) Jost Vacano, and editing by Frank J. Urioste, another Oscar nominee.

And of course, Total Recall features the most memorable (and idiosyncratic) action man of the era in the lead role. With his impossibly muscular body, cartoonish, chiselled features and distinctive Austrian accent, Schwarzenegger brings a delightful over-the-top quality to otherwise straitlaced macho roles.

He will probably never be more suited to a role than he was to The Terminator — his intonation and signature wooden delivery are perfectly robotic. But Total Recall captures him at the peak of his acting career, before he became swept up in his own myth, with pointlessly self-referential performances (such as that in The Last Action Hero).

It is all brought together under the eye of a master filmmaker. As usual, Verhoeven skilfully endows epic pulp scenarios and settings with an intensity reminiscent of the most viscerally immersive kinds of body-genre cinema (a term coined by film studies professor Linda Williams to describe films that aim chiefly to elicit a physiological reaction on the part of the viewer).

At the same time, Verhoeven’s images have a kind of technological detachment. His camera floats around, swiftly moving between bodies and things, capturing action with a clinical vision.

In this way, Verhoeven’s images — and films — are relentlessly unsentimental. In his universe, countless bystanders are killed in a bloody, vicious fashion without any lingering lament or consequence. His signature cinematic move (present, of course, in Total Recall) involves characters being lethally pierced by long, sharp objects.

Under the studious eye of Verhoeven’s camera, people appear insect-like. This point was made literal in his 1997 film Starship Troopers (about interplanetary war between humans and giant humanoid insects) when the separation between insect and human becomes more a matter of politics than anything else. https://www.youtube.com/embed/w8V9fdJgzKA?wmode=transparent&start=0

Total Recall, like most Verhoeven films, combines a sense of youthful adventure with explosive moments of violence, underscored by a wry (slightly clownish) sensibility.

Verhoeven won’t win any awards from The World Association of Liberal Humanists, but his films make for fascinating, and viscerally engrossing, viewing. As a biographical aside, it’s worth noting Verhoeven grew up in the Netherlands during the second world war, experiencing the perennial violence of the period — bombs, burning houses, masses of dead bodies — with a small boy’s sense of horror and excitement.

Total Recall is an increasingly rare, big-budget, Hollywood spectacle. Hard-edged and brutal, it is far removed from the “family-friendly” blockbuster film popularised by the Spielberg-Lucas complex in the 1970s (characterised by a wan, often uninteresting, palatability).

With its economical, fast-paced narrative embedded in a spectacular and detailed cinematic world, Total Recall is an example of pulp fodder magnificently realised by one of Europe’s leading auteurs.

Testament to Verhoeven’s seamless transition from the Dutch arthouse (Spetters, The Fourth Man) to big budget Hollywood (Robocop, Basic Instinct and the much maligned but remarkably entertaining, Showgirls), Total Recall remains one of the most thrilling action films of its time.

This article is republished from The Conversation under a Creative Commons license. Read the original article. 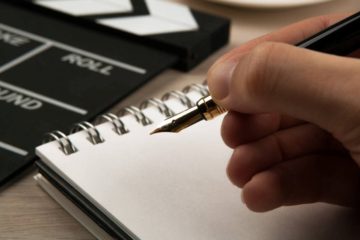 Is It Hard To Become a Screenwriter?

Everyone has experienced THAT movie, the one which transported you out of your world and changed you in some unfathomable and irreversible way. The art of writing for the screen is a form of magic Read more… 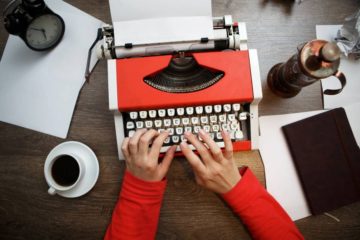 How To Become a Screenwriter With No Experience

Screenwriting is a highly competitive field where some dedicate years to study, failed pitches, and missed opportunities before finally landing a job. Does that mean those who “got in the game late” and lack experience Read more… 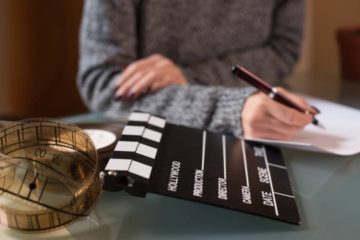 Are Screenwriting Classes Worth It?

Taking screenwriting classes can help to provide an excellent foundation for your education and future career as a screenwriter. However, these classes can be time-consuming or even a financial burden, which may lead you to Read more…