Great time to try: travel writing from the home

While many are cancelling treks to Nepal, putting dreams of Venice on hold and wondering what we can substitute for a tropical beach escape, it is worth remembering we’re not the first who have had to rethink the notion of travel.

There is a precedent for thinking about journeys in a more imaginative sense: travel and the near-at-hand.

Vertical travel and travel writing – where we immerse in the spaces around us in greater detail, peeling back layers of history, botany and culture – goes back to the late 18th Century in Turin and a man named Xavier de Maistre.

De Maistre wrote A Journey Around My Room while imprisoned in his bedroom for six weeks after he was caught fighting a duel in the north Italian city in 1790.

Rather than sulk through his imprisonment, he decided to challenge the popularity of imperialist travel writing and he wrote a travel book about the contents of his bedroom. De Maistre observed his surroundings, detaching and looking with new eyes to give the reader an alternative perspective on what travel could mean:

What a comfort this new mode will be to the sick; they need not fear bleak winds or change of weather. And what a thing, too, it will be for cowards; they will be safe from pitfalls and quagmires. Thousands who hitherto did not dare, others who were not able, and others to whom it never occurred to think of such a thing as going on a journey, will make up their minds to follow my example.

De Maistre’s room became a place with latitude and topography.

He immersed in the scenes of the paintings on his walls and saw his bed as a vehicle for imaginative transportation alongside his dog, Rose, his trusted travel companion. De Maistre was so taken by the journey that he subsequently wrote A Nocturnal Expedition Around My Room to “revisit the country which I had formerly so delightfully travelled through”.

Writing of a microcosm

There were many inspired by this new style. Heinrich Seidel refocused his apartment into a microcosm where each item had a history and an interconnected story. Similarly, Alphonse Karr produced two volumes and 700 pages focused solely on his garden where he lived in Montmartre with his pet monkey Emmanuel.

In Henry David Thoreau’s Walden (1854), the author lived alone and in seclusion in a log cabin at Walden Pond; George Orwell meticulously captured the intricate details of weather, vegetable production and an egg count in his domestic diary from the early 1940s.

This notion of rethinking space and valuing the mundane as an ethical and creative choice acts as a counter to the assumed importance of distance with many travel(ling) writers of the era.

This has not diminished in the modern era.

In Isolarion: A Different Oxford Journey (2007), James Attlee extends the notion of close travel or “home-touring” as he walks along a solitary Oxford street.

A Week at the Airport: A Heathrow Diary (2009) sees Alain de Botton at a desk in the departure hall of London Heathrow’s Terminal 5, confined for the duration of his stay, to understand the airport both as a destination in itself and as a location with a distinct culture.

Meg Watson’s essay Another life in Paris for The Saturday Paper focuses on her experience inhabiting another person’s space as an Airbnb guest in Paris:

On my first night in Canelle’s bed, I watch Midnight in Paris and drink rosé from one of her stained teacups. In a classic display of unabashed French nonchalance, the bedroom door is nothing but a clear panel of glass.

Within the intimacy of the apartment, Watson shows the reader a closer and more nuanced perspective of Paris. Simultaneously, the voyeurism of this approach also allows the reader to appreciate the sameness of many travel experiences.

Tips for your own close travel

Take a closer look at the items around your house.

Especially if you have things from previous travels, take the time to reflect on the item’s journey, write its story, or look through the photos of that period– it might even involve some research of your own, discovering what the pattern on your Moroccan mirror means, or the significance of the Easter Island statues on your bookshelf.

Stroll through your garden. Take a closer look at all the plants, the soil and the trees. Look closer again.

By sifting through my own soil I discovered shards of 100-year-old-bricks which prompted my journey towards a better understanding of the history of my state.

Remember the outside world

Look out your window. Just as many have in Wuhan, Barcelona and Rome, conversations with new encounters, impromptu music performances and shared meals and experiences (even over a fence or across a road) are much of what we search for in conventional travel.

This article is republished from The Conversation under a Creative Commons license. Read the original article. 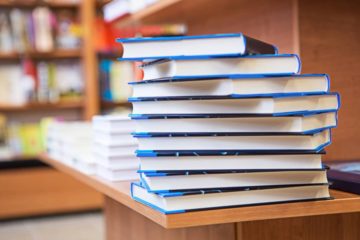 How Many Books Do Authors Write?

As an author, you more than likely suspect that it doesn’t pay well to write just one book, unless you’re already famous. If you’re just starting out writing your creations, you might wonder how many Read more… 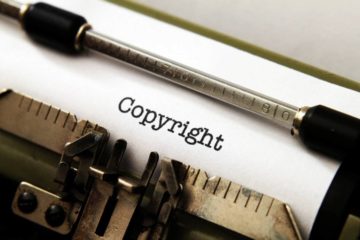 Are Publishing Rights the Same as Copyright?

Once your book is published, can you use it in promotional materials or in your portfolio? Or does the publisher have the rights to it instead? Are the rights to the work the same as Read more… 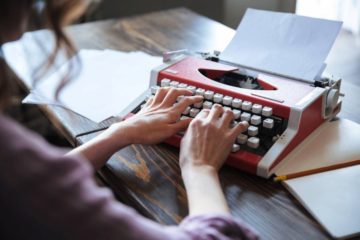 Are the Publisher and Author the Same Person?