Tim Tate is a best-selling author, multiple award-winning documentary film-maker and investigative journalist. In a career spanning almost four decades Tim has published sixteen non-fiction books, made more than 80 documentary films for all British and several international networks, and written for national and regional newspapers. Three of his books have become best-sellers. His films have been honoured by Amnesty International, The Royal Television Society, UNESCO, The Association for International Broadcasting, the New York festivals, the US National Academy of Cable Broadcasting and the International Documentary Association.

So what do non fiction writers do? Non fiction writers can organise a series of facts into a gripping story. They find a way to narrativize the truth, to make it compelling and accessible to readers. Non fiction can be just as engaging as fiction, often more so as you know what you are reading has actually occurred. Below, author Tim Tate shares his experiences in the field.

Questions addressed in this interview include:

How long does it take to write a nonfiction book?

What steps are involved in publishing a nonfiction book?

How to choose a nonfiction topic.

How to research a nonfiction book.

How to find a publisher for nonfiction.

Why is nonfiction important?

How important is narrative in nonfiction?

How much are nonfiction writers paid?

How to have a career as a nonfiction writer.

1.    Would you please tell us a little about your writing process?

I write investigative non-fiction and most frequently focus on exploring untold stories from 20th century history.  My work requires locating and analysing a substantial volume of primary source documents, then attempting to form a clear and revelatory narrative from their contents.

This is extremely time-intensive: generally I spend two years harvesting and cross-referencing the research before I can even begin to think about writing. At that point I draft a thorough and detailed proposal.

Not only does this extensive document help attract publishers, but it is a vital template when I begin writing the manuscript itself.

2.    What motivated you to become a professional writer?

I published my first book in 1988 and my most recent in 2021.  Throughout – and during my career as a documentary film-maker – my motivation has always been to tell stories that (in my view) need to be told.

Like any working journalist, I know of, or am asked to write, dozens of possible stories at any given time.  For me, the key factor in deciding which project to work on is the importance of the story itself: I ask myself, ‘why should this story be told – and why should it be told now ?’

The great advantage of books over films as a medium is space: books allow the story to be explored in much greater length and detail.

3.    Who would you say are your literary forebears? Who have you learned the most from?

I believe strongly in the importance of narrative.  When I write books on history, for example, I want to frame the facts within clear and compelling story-telling.

For me, narrative is to writing what melody is to music: rhythm and cadence should transform the presentation of facts into a narrative which draws the reader into the meaning of the story.

I learned much of my craft from film-making. In particular, I was very fortunate to work in the Documentaries Department of Yorkshire Television – then part the British ITV commercial television network. I owe much of what I have been able to achieve as a writer to the techniques I was taught by its stable of extraordinarily talented producers and directors.

4.    What do you believe is the function of your art; and what is the role of the professional writer in society?

I believe passionately in the importance of good, honest and (above all) investigative journalism.

The traditional concept of the press (and media) as one of the four pillars of democracy – ‘the 4th Estate’ – may have fallen out of favour, but in an era when disinformation and misinformation flood the ever-proliferating media ecosphere, telling stories which reveal often-concealed truths about the world seems to me more vital than ever.

I appreciate that this applies primarily to my small corner of the writing marketplace, but I believe my role as an investigative journalist – one lucky enough to be commissioned to write books – is to uncover and present facts, and to do so in a form which attracts readers’ minds and engages their hearts.

5.  What are the major benefits & downsides of being a professional writer?

The benefits are – primarily – enormous job satisfaction. I am in a truly privileged position: paid (albeit modestly) to investigate stories of genuine public interest, and then to tell them to readers.  I find the work immensely – and unendingly – fascinating.

The main downside is that this is – generally – not a trade capable of supporting writers financially.  Non-fiction books don’t often attract huge advances; I’m fortunate that my agent negotiates very decent sums for my work, but it’s equally true that after a long television career I am not fully reliant on publishing income alone to pay the bills.

For newer writers thinking of ploughing this particular narrow furrow, two pieces of advice I received may help.  (i) Sign up with a good and talented agent; and (ii) write as many books as you can – output is the only reliable way to increase income.

On Tim’s website you can find details of his work, including excerpts from his books and view many of his films : www.timtate.co.uk 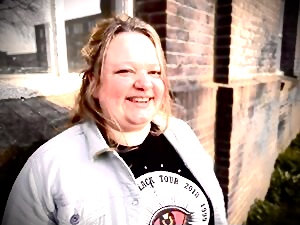 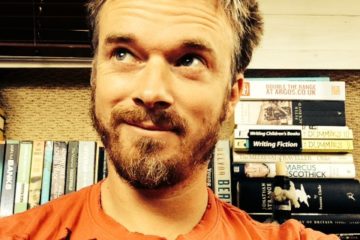 Matt Ralphs worked as an editor for many years, and now writes children’s non-fiction and middle grade fiction, often with a focus on history, myths and folklore. His dark adventure novels Fire Girl and Fire Read more… 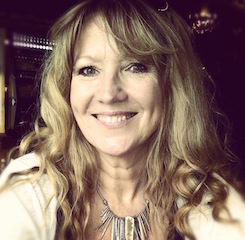 Lynne is the author of ten novels, including her acclaimed debut Julia Gets a Life, and the award nominated Barefoot in the Dark. She has written two psychological thrillers under pen-name Lynne Lee: Can You Read more…