How Much Can You Sell a Play Script For?

You want to break into the script writing market, and while you think it can pay you a lot of money, you’ve heard that some scriptwriters use their scripts to pad their hamster’s cage. If you have a breakaway hit, how much can you get for your script?

You can sell a play script for between $60 to $1000. The exact amount depends on the experience level of the playwright, what they value in their work, and the size of the theatre. While you might not make much money for your scripts, the good news is that you can buy dinner with your sale.

The bad news is that sometimes $60 is the most a playwright can expect to make in a year. Though not always the case, playwriting is a tough industry to make a living off of, as you will see throughout this article.

It’s not often that playwrights sell their copyright to their plays to producers.

However, playwrights writing a script on commission for a thearre company will sometimes charge one flat rate which includes payment for performance. So, if a playwright has written a play on request, they may have also granted the commissioner the sole rights to perform the work, usually for a set period.

Playwrights stand to make more money off of royalties than they do by selling their scripts for a flat, one-time fee. However, a playwright could be persuaded to sell their copyright ownership to someone who offers them sufficient money.

This is unlikely to happen to a beginner playwright, as they haven’t built up a name for themselves in the theatre industry yet, but well-established playwrights may receive offers to buy the copyright to their plays. Whether they ever accept is another story entirely.

Sites like Fiverr and Stageplays can show you what the average playwrights charge for commissions. This could be an excellent option for new playwrights trying to gain exposure and experience, and make a bit of money.

Besides the Dramatists Guild, understanding copyright can be your greatest tool in protecting your work and getting fair pay and recognition. Backstage has an article taking playwrights through the copyright process.

Selling the Rights To Perform Your Play

Selling the rights to perform a play is similar to tenants paying rent to a landlord. The playwright owns a play and allows others to use it in exchange for royalties made at its production in theatres.

The playwright can decide how much to charge for royalties, but the standard is anything from $50 to $250 per performance, with the playwrights requesting 8% to 12% of the total earnings for a production.

Like selling the copyright to a play, the exact price that the playwright decides on depends on two factors:

If the theatre your play will be shown in is large, with 5,000 seats, for example, you can claim more of the royalties as they will earn more from ticket sales. Smaller theatres with 500 seats or less will bring in less profit, meaning lower royalty checks.

In terms of experience, a professional playwright who has had their plays produced several times and knows the industry well can charge a lot more for their scripts.

They’ve built up a rapport with producers, and thus their work won’t be a financial risk.

A novice playwright is a financial risk. If their play doesn’t land with audiences, nobody profits off of the production, least of all the playwright. So, if your play gets picked up and you have no prior experience, you’re doing a good job.

Deciding How Much To Sell Your Play Script For

The price of a play script isn’t charged at a set rate, whether you’ve retained the ownership or sold the rights to perform it. For the most part, playwrights set the costs of their plays based on several personal and industry standards.

Playwrights determine the value of their plays based on the following factors:

Several resources are available for playwrights to anticipate how much they’ll make from productions of the play, one of which is this Cost Estimator. To ensure that you understand your rights as a playwright and get paid fairly, it’s recommended that you become a member of the Dramatists Guild.

Playwrights can charge more for the rights to their plays if they’ve made a name for themselves. Since they’re just starting out and haven’t gained a reputation or following yet, they can’t attach prestige to their work and should charge less.

This isn’t only because of prestige or reputation, however.

Playwrights must prove that their concepts and scripts will succeed on stage, but until they do, it’s unlikely that potential buyers will trust them with more substantial sums of money until they do.

The size of the theatre where a play is performed matters more than you’d expect. Larger theatres with higher audience capacity can perform more extravagant plays.

Larger theatres mean directors can charge more for tickets. By this same logic, playwrights can increase the selling or licensing price of their play if the buyer intends to show it at a large theatre.

The ticket prices are also inflated based on the rent for the theatre.

Larger, more renowned theatres have significantly higher rates, and ticket prices need to account for this, as do playwrights.

The Play’s Length and Frequency

Longer plays require more work and time from the actors, musicians, and all performers and producers involved. The tickets to longer plays are more expensive to accommodate the production costs.

The same is applicable to the frequency of production. If a play is being shown every week for 6 months, it will take a lot of money and resources to keep afloat, but it will also make much more money than a short-lived one.

Playwrights should consider these two factors when calculating their profit cut, assuming the play is successful and makes a hefty profit.

The Status of the Buyer

More prominent buyers are more likely to pay more significant amounts of money to use your script, as they have more money and resources that they can dedicate to productions that they think are valuable investments.

Another reason you can charge more for bigger buyers is that if someone with status and a good reputation in the theatre industry takes notice of your work and wants to produce it, that’s a good indication that you’ve got something special.

Ultimately, even if the buyer interested in your script is relatively small, take pride that someone wants to honor and add to your vision and know your value as a creator.

Beginner playwrights can’t overcharge but shouldn’t be taken advantage of, either.

If the tickets to see the production are cheap, then the playwright can expect to earn a smaller percentage of the profit in royalties simply because the show is bringing in a low profit.

Selling a play script isn’t a cut-and-dry procedure. There are many factors to consider when deciding how much to charge for the rights to your play. As much as this depends on your experience, remember not to undersell your work. 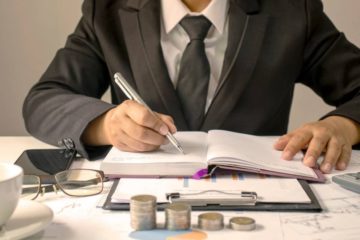 Can the Government Pay You To Write a Book?

Writers are constantly looking for sources of income. Book publication, hosting writing workshops, and article and blog post writing are common sources. But what about less well-known sources, such as the government? The government cannot Read more… 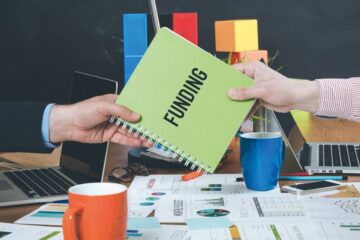 How To Get a Sponsor for Your Book (3 Methods)

Self-publishing a book is expensive, but you don’t have to pay for it all out of pocket. There are plenty of funding options for soon-to-be-published authors, one of which is getting sponsorships. To get a Read more… 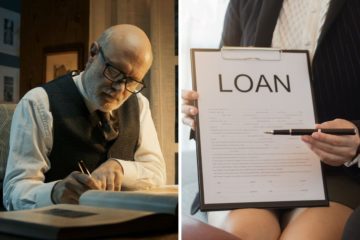 Can You Get a Loan To Write a Book?

Self-publishing a book can be a costly process. Luckily, there are several financing options for aspiring authors trying to break into the industry. You can get a loan to write a book. In fact, there Read more…