Is Ancient Literature Worth Reading?

There are lots of extant ancient texts, and of course we wish there were even more. The fire of Alexandria destroyed so many! We’re all probably familiar with a few names: Homer, Sophocles, Virgil. Are these ancient texts worth reading now? Is it hard to read them? And which ones should we read?

Ancient literature is absolutely worth reading. If you can find a good translation, you will likely discover that people in the ancient world thought about the same problems you do. Just as people today have more in common than they think, so it is with people from the past.

Where Should I Start with Ancient Literature?

You can start by examining the works of ancient Greece, China, Rome, Mesopotamia, and India. Of course there is no one place to start, and you should let your curiosity guide you. Let one civilisation guide you to another: the ancient texts of Greece will lead you to Egypt for instance!

Below we have compiled a list of texts to check out to get you started.

Why are Old Books so Hard to Read?

Old books are hard to read because they ask more of us as readers: they ask us to imagine a world which no longer exists, and to place ourselves into unfamiliar cultures, with vastly different technology and different morals. It’s a challenge but very exciting and rewarding.

Which Ancient Texts Should I Read?

When it comes to ancient texts you should read Homer’s epic poems, the Mahābhārata, The Epic of Gilgamesh, The Aeneid, and the Tao Te Ching. We’ve got lots of information about each below so keep reading. Of course these are just a starting point on your journey.

Where do I Start with Ancient Greek Literature?

When reading Ancient Greek literature, it is a great idea to start with Homer, and then perhaps explore the playwrights such as Sophocles, or the poets such as Sappho. The literature of the Ancient Greeks has mesmerised the world for nearly 3000 years.

Homer’s Iliad and Odyssey are two of the earliest examples of creative literature, both epic poems which depict the story of Helen of Troy, the Trojan War, and Odysseus’ troubled journey home after the battle.

Check them out for some truly epics tales of love, death, jealousy, violence, revenge and divine intervention.

There are also the playwrights! Chief among them Sophocles, Euripides, and Aristophanes. These characters invented modern drama and comedy as we know it.

Many of the intellectual traditions of the western world saw their genesis in ancient Greece, and the miracle is that so much of it still survives for us to enjoy.

Should I Read the Mahābhārata?

You should read the Mahābhārata. This epic poem written in Sanskrit and attributed to Vyāsa was composed around 400 BCE and is the longest epic poem, at ten times the length of the Iliad and Odyssey combined (and they are pretty long!).

It contains texts you might recognise that are of great significance to Indian culture such as the Bhagavad Gita.

The importance of this work to the development of world literature can’t be overstated.

Is the Epic of Gilgamesh True?

There was probably a King called Gilgamesh, but whether or not he really got up to the exploits detailed in this epic is something you’ll have to decide for yourself. So many tales from the ancient world contain a kernel of truth, and are no doubt embellished.

Discovered in the Library of Ashurbanipal, which H.G. Wells called the most precious source of historical material in the world, this epic poem is considered one of the earliest examples of notable literature, and the second oldest religious text after the Pyramid texts.

The tale from ancient Mesopotamia recounts the exploits of Gilgamesh and his buddy Enkidu.

Here’s a pretty fancy video all about it.

Should I Read The Aeneid?

To Ancient Rome! You should most definitely read the Aeneid if you like stories about Troy, and about the ancient Greek world. This work is regarded as one of the jewels of ancient literature, and it’s a fascinating story.

Virgil wrote this tasty ancient snack to glorify the rule of Augustus, the emperor whose stated aim was to bring stability, peace, and moral purity to the Rome after the fall of the Republic.

Virgil tells the tale of Aeneas, a refugee from the fall of Troy which features in Homer’s Iliad.

It functions as a mythology for Rome itself, as we see Aeneas found Rome after his flight from Troy.

The text ties the Augustan regime to the ancient Greek mythology, and legitimises and celebrates Augustus’ authority, although some have noted a subversive and ultimately pessimistic tone in the work.

It’s a gripping tale, one of the greatest examples of epic poetry and regarded as Virgil’s masterpiece!

Should I Read the Tao Te Ching?

You should read the Tao Te Ching, esepecially if you are looking for a shorter text from the ancient world that is still widely revered. Check out this comparatively short text from the Chinese sage Laozi, written around the 6th Century BC.

It’s one of the most widely translated works in world literature, and is a fundamental text for Taoism as both religion and philosophy.

Here’s a taste to whet your appetite:

cannot be as good as stopping short

Remember you can find videos of people reading texts from the ancient world on Youtube and other platforms like Spotify.

And of course this is only a tiny taste of what the ancient world has to offer!

Check out this wiki page for lots, lots more! 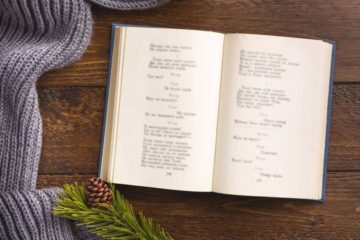 Poems come in all kinds, and many of them allow for creativity in their rhyme scheme. But what about the length? How long can a poem be, and what do you need to know as Read more… 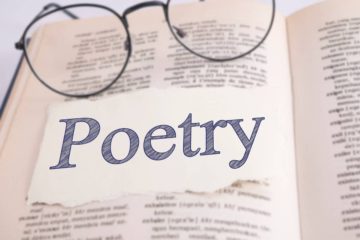 6 Things That Poets Should Never Do in Their Poetry

Poetry is an art form that allows the artist a great deal of creative freedom. However, there are some mistakes a poet might want to avoid making.  Here are 6 things that poets should never Read more… 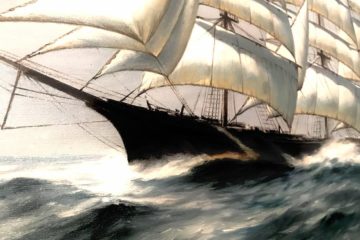 The Pros and Cons of Creative Writing

Lots of people do some creative writing from time to time, and lots more are thinking about getting involved. Creative writing has some incredibly exciting aspects that draw legions of practitioners but it has some Read more…