Anyone in the creative industry knows that making something seem effortless is extremely difficult, and screenwriting is the perfect example. But not just anyone can sit down and write a blockbuster screenplay immediately. Why is it so hard?

Writing a screenplay is so hard because they need believable characters and time dedicated to world-building. They must also seamlessly blend dialogue and action in as few as 90 pages. Any of these is hard to do well, but doing all of them at once is ridiculously tricky.

This article will take a glimpse into screenwriters’ world and how they work hard to make a seemingly simple screenplay.

Characters are the cornerstone of a story, and each one needs an identity, personality, mannerisms, preferences, accents, and traumas. The audience must believe they could be real. If these things don’t add up, they have to change.

Screenwriting is like creating a brand new puzzle and building it too. Now imagine doing this for a whole cast of main characters.

At the same time, it’s important for screenwriters not to reveal everything about a character. They reveal their characters’ personalities through their actions, appearance, and how other characters talk to and about them.

Finally, characters characterize themselves through narration and inner monologues.

Compare the masterful narration of Fight Club to the gratuitous and self-indulgent narration that appears in some films: you know it when you hear it. In comparing great narration with jarring narration it’s evident that there is such a thing as too much of a good thing, and it can make or break a movie.

For information on writing fleshed-out, well-rounded and believable characters, check out this MasterClass by screenwriter Judd Apatow.

Building a world doesn’t just mean creating an expansive universe with its own creatures and languages but also constructing the backdrop of the screenplay. For example, Zone Blanche is a French supernatural thriller set in the actual town of Villefranche.

However, the police station is the main focus of the series.

Although the location itself is real, this fictional story has to build up politics between the police station and the town, incorporate actual historical events from the town’s origins, and use these elements to further the supernatural aspects of the show.

Screenwriters must build these elements into a script in 90 to 120 pages, give or take. They must also perfect the delicate balance between overexplaining and being too vague to achieve a succinct yet descriptive look into the world on screen.

When world-building, screenwriters must:

If the world in the story already exists, there’s even more pressure on the screenwriter to research and stay consistent with their details and timeline.

For instance, establishing the timeline and socio-political atmosphere in Apartheid South Africa is arguably far more challenging than establishing the political strain of a revolt in a fantasy world because fantasy provides limitless creative liberties.

Writing dialogue is perhaps the most challenging aspect of a screenwriter’s job, which is usually complicated, so paired with the pressure of limited space and interlacing it with action, it’s not a cakewalk.

Screenwriters need to write dialogue that grabs the audience’s attention and tells them something about the character talking.

Every character has a unique personality, which has to come through in writing. Audiences, and critics especially, will be able to immediately tell if the dialogue is flat and exactly the same for every character.

These are only a few considerations screenwriters use when constructing dialogue. In essence, a screenplay must capture what a person acts and talks like and how they communicate with others.

In addition to making action realistic, it has to make sense and be motivated by something. If the character can’t do martial arts, don’t write them doing it, and don’t make them hold hands with someone if they don’t like physical touch.

Finally, the screenwriter needs the vision to make the action look cinematic. Describing action in a believable but exciting way is indeed no small feat.

Here’s how it should be done:

The screenwriter doesn’t waste time and space on unnecessary details and things they can’t control but focuses all their energy on their role. A stunning example of the relationship between dialogue and action is The Lord of the Rings: Fellowship of the Ring screenplay.

Screenwriting is hard because it’s an artform that professionals have honed over decades to a state of near perfection. When writers judge their own work, they often compare their writing to the greatest writing of all time. Remember to only compare yourself with other writers at your level of development if you want to avoid negative feelings of inadequacy. 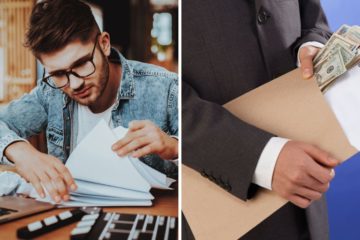 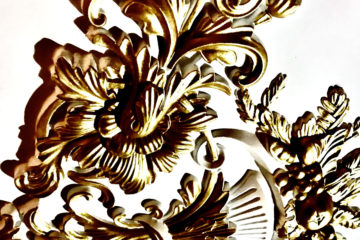