Literary fiction authors, or serious fiction authors, are often defined as being writers who produce books of a very high standard. Literary fiction is also sometimes referred to as mainstream fiction, or non-genre writing. These writers generally aspire to be considered artists, and generate writing which may not neatly fit into one of the established genres of writing. Genre writers, in contrast, write novels, plays, screenplays, and poems which reproduce established tropes, serving up what readers already know and love.

Literary fiction writers frequently produce works which are experimental in some way, and advance the artform in which they work. Writing which is character driven tends to be classed as more literary. They produce works with profound thematic arguments, inviting the audience to reflect on themes that go to the core of the human experience.

While there is a tendency to place literary and genre writers in a hierarchy, with literary writers being viewed as more serious artists, in reality many of the works of the most celebrated literary writers also fall neatly into the categories of genre writing. When a work of genre fiction is regarded as sufficiently serious, or artistic in some dimension, it may be classed as literary. Cormac McCarthy’s The Road is an excellent example of a post apocalyptic survivalist novel which won the Pulizer Prize and is considered both genre and literary fiction.

Tartt has written just three novels, and managed to win a huge global following, as well as taking home the Pulitzer Prize for her third novel The Goldfinch. Her first novel The Secret History arguably created an entire genre of its own called dark academia. This genre takes the campus novel and weaves in mystery crime thriller elements along with a strong classics streak for added intellectual heft.

Tartt claims to be heavily influenced by Dickens, and this is evident in her lengthy novels, which feature large and lively casts of characters. Her plots move along at great pace, with a playful and satirical air, mocking and celebrating while generating enormous verisimilitude. Her themes include wastefulness, ennui, confusion, cruelty, but also magic, wonderment, and promise. If you like Dickens, make sure to check out Tartt.

As mentioned above, McCarthy’s writing is classed as both genre (Western and Apocolyptic), and literary. He is celebrated for his innovative use of language, which is both poetic and highly lyrical. He uses language which over centuries has fallen out of use, and is known for reading widely and deeply himself. His early works were not popular in the sense of attracting a large readership, which is partly attributable to the darkess of the themes he addresses. McCarthy’s work contains a warning about the darkness and savagery that lurks in the heart of man (he is not as interested in an examination of women), no matter how civilised society may be at present. War lurks just around the next corner in McCarthy’s universes.

His later works are more hopeful than his earlier, and arguably lean into the hero’s journey, and consequently find a broader readership. While his earlier works are largely concerned with a naked depiction of evil, his later works depict people struggling against evil towards the light. Depictions of man’s relation to landscape form an important dimension of his work, and this partially accounts for why his novels translate to film so well. He eschews investigations of interiority, in favour of a cinematic reading experience.

Every consideration of the best literary writers is likely to include Salman Rushdie, as he has dominated British literature for decades, winning the Booker of Bookers (the best of the Booker Award!) for his magnum opus Midnight’s Children. His tales are frequently classed as magical realism, because they are set in the ‘real world’ and yet feature magical elements like flying carpets. Rushdie’s work is highly political. He draws his readers to reflect on serious and consequential moments in history, making his tales all the more accessible, and wonderful through the inclusion of magical elements. The most literary of writers, one to read to truly understand the best of the British literary scene.

To Kill a Mockingbird is Harper Lee’s only novel (if you discount an earlier version of the novel published in 2016), which took the world by storm with its warm and accessible depiction of difficult themes centred around racial injustice in the United States. Atticus Finch, the protagonist’s father, has become a model of the morally righteous lawyer. Some works are so influential that it’s hard to tell if they are part of a genre, or founded and molded the genre itself. This work fits into the bildungsroman, southern gothic, and legal thriller genres, yet it is so expertly executed that it is instantly recognizable as literary. It’s an excellent example of the way in which novels do not need to be inaccesible in order to be considered of the highest quality, and artistic.

Tim Winton is an Australian literary fiction writer who has won Australia’s top literary honor The Miles Franklin Award four times, more than any other Australian author. His work is deeply influenced by his religious upbringing in an evangelical tradition, and depicts working and lower middle class individuals struggling against the brutal realities of poverty, despair, loneliness, depression, and isolation. Weighing against this examination of dark interiority is his astonishing exploration of the natural sublime in the form of vast waves, endless salt planes, and beautiful depictions of Australian natural bushland. His major themes include redemption, and the spiritual search for the strength to both continue, and overcome. His work is instantly recognisable as literary because of his poetic use of Australian vernacular, which both celebrates and satirizes the idiosyncracies of the Australian dialect.

Recognized as a titan of Nigerian and African literature, Achebe’s most famous novel Things Fall Apart explores themes related to colonialism, especially focussing on European influence in Nigeria. The work is widely studied across Africa, and across the broader Anglophone world as well. He depicts life before and after colonization in a way that allows differing world views to be held as equal, a juxtaposition which draws the reader’s attention towards arguments for decolonization. It’s sold 20 million copies world wide and is a work not to be missed.

We hope this list of literary writers has been a useful and entertaining introduction to the world of literary writers, and shown that any writer can be considered literary if their work is considered of high artistic quality and value. Themes which tend toward the betterment of mankind, and the value of the natural world, skew towards the literary. Remember that just because a writer is winning over vast audiences by reproducing the recognizable tropes of genre fiction does not preclude their work from the category of the literary.

One function of the category of literary fiction is to inspire writers to think deeply about the form and content of their writing and to innovate. When a work is experimental it will often fail to secure a large audience initially, as marketing something new and different is arguably more difficult than selling something recognizable. Literary awards help to bring reader’s attention to works that are artistic. Booker Award winners typically see their sales rise from the tens of thousands into the hundreds of thousands, or even the millions.

So whether you are a writer or a reader, don’t be afraid to get involved in literary fiction. If work which makes you think, and makes you marvel at inventiveness, is something you crave, then make sure to dive in. 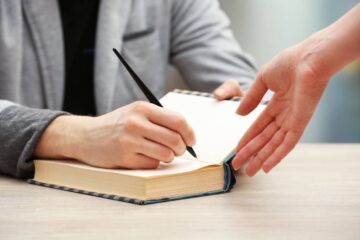 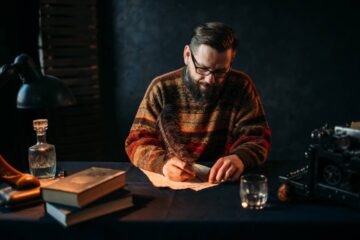