Love it or hate it, those crowded lines at the concession stand are part of our theater experience. Intermissions are a helpful division in the action of a full-length play, whether you find it an annoyance or a blessing. If you are writing a play, you might wonder if you need to structure your play around an intermission.

You should write an intermission into a play if the performance time exceeds 90 minutes but it’s not obligatory. This break in performance can facilitate set changes and allow people to stretch their legs and use the restroom. Shorter, one-act plays typically don’t need an intermission.

While there is a hard and fast rule to force a playwright to structure their drama around an intermission, some playwrights discard the convention entirely, even in plays over two hours long. Read on to learn why you might need an intermission in your play and the purpose of intervals in theatrical productions.

Why Playwrights Use Intermissions

In modern theater, the length of a play can span from minutes to several hours. Most long-form plays have several acts divided by a break called an intermission or, as it’s called in Britain, an “interval.”

The convention is comparatively new, as the ancient Greeks didn’t employ any intermission in their plays. Around the time of the Italian renaissance, plays that actors traditionally performed outdoors were moved into indoor theaters.

The Italians lit their indoor theaters with candles made of tallow or animal fat which stagehands snipped and relit during the course of the play.

These candles were cheap but had a limited burn time, so early-stage managers often had to halt performances so that stagehands could replace the candles. As the standard length plays usually required four candle changes, most playwrights divided their plays into a five-act structure to facilitate these changes.

As lighting technology progressed, a play became divided into a four-act structure with three candle changes. Today although we no longer need candle changes, the theater convention from the early Italian renaissance still exists in the form of an intermission.

Reasons to Include an Intermission in Your Play

Why should you include an intermission in your play if stagehands no longer need to snip and light candles throughout the play’s duration? As it turns out, most people enjoy having that time to stand up, stretch, and use the restroom.

When to Write an Intermission Into Your Play

The chosen length of your plays somewhat influences the decision to include an intermission and which structure you choose to frame your performance. Most modern plays take the following formats, which dictate whether the performance requires an interval.

The three-act full-length format was in vogue about 50 years ago and is no longer as popular as it once was. The playwright structured the three-act around two intermissions making the play longer and more formal. A modern example of this type of play is Tracey Lett’s  August Osage County.

Full-length one-act plays don’t require an intermission as the action is continuous, much like a movie. Because of the modern audience’s shrinking attention spans, this form of play tends to be shorter than the above full-length plays. An example is  Jean-Paul Sartre – No Exit (1944).

Short one-act plays can range from seconds to an hour and lend themselves to multiple plays running on a single night with a brief informal intermission to divide each play. An example of this format is The Dumbwaiter by Harold Pinter, which runs around 55 minutes.

Another subgenre of this format is the 10-minute play which is growing in popularity.

How Long Should an Intermission Be?

An intermission should be 15 to 20 minutes long, but modern theaters tend to opt for 15-minute intermissions as standard. Playwrights and producers will typically include a 15-minute interval in a staged play that runs over 90 minutes.

The growing popularity of short one-act plays is overturning the old conventions and providing opportunities for transgressive and experimental theater pieces. They also offer new playwrights the chance to get their work staged and perhaps noticed by the movers and shakers of the theater industry.

So you don’t necessarily have to include an intermission in your play at all.

However, if you do, intervals longer than the average 15 minutes may be too long to sustain the suspension of disbelief that makes the theater experience so transporting to the audience.

Ultimately the decision rests on your personal choice whether to include an intermission in your play or eliminate the convention. If your play is full length and exceeds 90 minutes, it may be good to have an interval to give the audience a chance to refresh themselves for the coming acts. 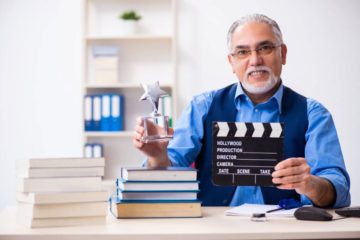 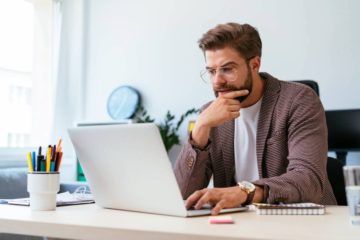