Do Screenwriters Get To Be on Set?

Writers often have a specific vision in mind when crafting screenplays, and it’s common for many to want to be around during filming to see their work come to life. As a screenwriter, you likely want to ensure an appropriate interpretation of your script that matches what you envisioned. However, the chances are slim that you’ll be allowed on set and given such an opportunity.

Screenwriters typically do not get to be on set, as they aren’t needed during production. Directors may ask screenwriters on set to assist with dialog revisions, though this is rare. However, you may not want to be on set, as many say the experience is boring at best or frustrating at worst.

Are you curious to know if you might get the chance to watch the production of your screenplays? This post explains why screenwriters usually aren’t allowed on set. We’ve also considered exceptions, as shared by professionals who have been on set for one reason or another.

Screenwriters Typically Are Not Needed on Set

As a screenwriter, your responsibility is the screenplay. You’re not needed during production, as you’re part of pre-production, and your job is over by the time the script is on set.

Except for being needed for rewrites, and don’t hold your breath waiting for that, once you’ve given a director your shooting draft or “lock,” you’ve completed your end of this deal. Besides, it could be a bad sign if the director or an actor requests a dialogue revision. And if you have any confidence in your writing, you shouldn’t expect modifications to be needed.

Moreover, many directors or producers may hire someone else entirely for such a task. Some screenwriters who are asked to stick around during production admit it’s not usually all that exciting. You must sit through hours of setup for mere minutes of filming, and you’re not needed very often.

Days are spent following along and paying attention to the director’s decisions while actively staying out of the way.

Directors Decide if Screenwriters Get To Be on Set

Typically, the decision to allow screenwriters on set comes from the director, but there are no formal rules that require, prohibit, or dictate anything in this regard. For instance, it may depend on who the director is, their relationship with the writer, where production is happening, or if the actors desire changes.

However, by and large, directors tend to restrict writers from the set.

Markedly, many writers have difficulty restraining themselves from getting involved with every tiny detail with production. And as you might suspect, directors usually want to avoid this.

Screenwriters May Not Want To Be on Set

Unless you’re genuinely interested in learning the filming process, you may determine that you don’t want to be on set. Many writers have expressed having a hard time watching their writing be misinterpreted and not getting involved.

One writer shared an experience of being invited on set only to endure actors mispronouncing names or putting incorrect emphasis on words.

He said he decided to leave before others had to ask him to.

Consider how you might react to the director and actors improvising and messing with your script. If you don’t have a thick enough skin to potentially allow your ego to revise what you think are some of your best lines, you may be in for a world of hurt.

It’s Rare for Screenwriters To Always Be on Set

Even if screenwriters are asked to be on set, it’s unlikely they’d need to be there every day of filming. Notably, it’s said that Roman Polansky always had Ronnie Harwood on set when shooting The Pianist. He was even asked to sit in on editing, which is incredibly rare.

Still, in most cases, it’s unlikely that you’ll be asked on set at all.

Screenwriters Sometimes Get Banned From Being on Set

Yet, should an exception arise, or if the director allows personal interest visits to the set, a writer on set can become a distraction. And if their presence becomes an issue, directors have been known to ban writers from the set.

Do’s and Don’ts for Screenwriters on Set

If you do get invited on set for whatever reason, it’s important to maintain a certain etiquette while you’re there. Here are some basic do’s and don’ts for screenwriters on set:

It’s uncommon for screenwriters to be on set, at least for the entire production. Should you be asked on set for any reason, make sure to stay professional and learn as much as possible from being there. 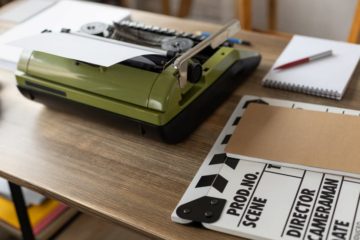 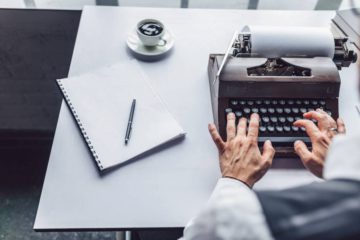 Are Screenwriting Contests a Waste of Time?

The internet is full of web pages and blogs recommending screenwriting contests to aspiring screenwriters as a practical way to improve your writing or get ahead in your career. However, many writers fail to achieve Read more… 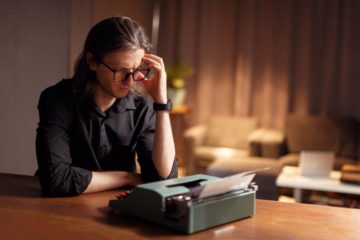 7 Reasons Why Most Screenwriters Fail

Getting a screenplay produced and directed is the goal. Whether it’s the big screen, a streaming series, or a traditional tv show, you want an audience. So why do the majority of screenwriters fail? Here Read more…