Ernest Hemingway is a much loved and revered reporter and writer of short stories, fiction, creative nonfiction and (even some) poems. He won the Nobel Prize for Literature in 1954.

Here is our list of his four best works.

1. Should I read For Whom the Bell Tolls?

This has got to be Hemingway’s greatest work. It tells the story of Robert Jordan, an American Spanish language professor who travels to Spain during the civil war, to contribute his skills as a demolition expert in the fight against Franco’s fascist forces.

At one point both Barack Obama, and John McCain, while they were running for US President both said this was their favourite work of fiction.

It’s a story of love and bravery set in the terrifying liminal space between the free regions of Spain and those falling to the murderous forces of facism.

Unfortunately the democrats lost in this tussle, and Spain remained fascist under Franco until 1975.

Hemingway travelled to Spain as a reporter during the war, and drew on his own experiences while crafting this text.

He often had first hand experience of the things he described, which is partially what accounts for the high verisimilitude in his tales.

He famously said that if you get a story just right then it will appear truer than if it had actually happened. He also said that if he ever gets stuck writing he just writes the truest sentence he can think of and picks up from there.

2. Should I read A Farewell to Arms?

Most people would agree that this would be Ernest’s next best. It’s a tale set in Italy during WW1 as the German and Austrian forces advance. Frederic Henry is an American soldier who falls in love with the English nurse Catherine Barkely.

Hemingway worked for a while as an ambulance driver in Italy during WW1, and was very seriously wounded on a number of occasions. People around him kept getting blown up, and he actually had hundreds of pieces of shrapnel lodged in his body at one point.

Like most of his novels, it’s a terrifying and beautiful romp, which many regard as the greatest American novel about WW1.

3. Should I read The Old Man and the Sea?

This one tells the tale of Santiago, an elderly Cuban fisherman, who has fished the sea for a living all his days. His strength is failing, and the sea is no longer as generous as it once was.

Manolin is a young boy who takes pity on Santiago and brings him food.

Santiago takes to the sea, and hooks a big Marlin. What happens next is the stuff of legend.

This is a tale of dignity, perseverance, beauty, and decline in old age.

4. Should I read Hemingway’s The Complete Short Stories?

Hemingway released many short story collections over the course of his lifetime. The first one was released when he was 24 years old in 1923.

It’s astonishing to think how early Hemingway was writing, considering how contemporary he feels. I believe he had his first story published before commercial radio was popular.

It’s undoubtedly true to say that Hemingway is probably the most popular writer of short stories of all time, along with Chekhov, Flannery O’Connor, Carver, Agatha Christie, Turgenev et al.

His story ‘Hills like White Elephants’ is revered as an example of his iceberg theory. Have a read and see if you can work out what’s going on.

Why is Ernest Hemingway Considered so Good?

Hemingway is widely regarded as good because he is one of the main influencers of fiction and prose style in all of literary history. His seemingly simple pared back and declarative sentences, honed during his time as a reporter, have fascinated and confounded critics and readers alike.

His iceberg theory of literature remains prevalent today: he said “The dignity of movement of an iceberg is due to only one-eighth of it being above water.”

He noted that only one eighth of what is going on in a story is ever described, the rest lurks silently below the surface.

You can use this maxim by doing lots of lots of preparatory work for your novel (character and setting development work) and even if you don’t actually mention it in the story, it will contribute to the reality of the world.

Is Hemingway a Good Read?

Hemingway is a good read and considered one of the greatest, if not the greatest, fiction writer of all time. His novels have thriller, and romance elements, appealing to a wide variety of readers by tackling both the harsh realities of life and the tender moments.

Why is Hemingway Unique?

Hemingway was unique because he developed a reportorial style of fiction which involved leaning heavily towards declarative sentences, while also conjuring an undeniable sense of romance despite the often difficult and thorny terrain he covered.

Whether any writer can be truly unique is a subjective matter, however Hemingway is widely regarded to be a pioneer of literary fiction, and one of the main progenitors of contemporary literary trends.

Was Hemingway a Good Man?

Yes. Hemingway was a heavy drinker, a bawdy jokester, a bar room brawler, and had four wives. Some would not regard him as a moral paragon. However, he frequently put his life in danger to help in global conflicts and is regarded as heroic for this reason.

He brought global attention to the cause of democracy, and partly because he was a reporter, he gave generations of readers a sense of the true horrors of warfare – perhaps contributing to a period of post-war peace.

Is Hemingway Worth the Time?

Hemingway is worth your time for many reasons. We have already mentioned his influence on prose style. Hemingway actually visited a lot of the places, and conflicts, that he wrote about. For this reason readers are fascinated to learn what WW1 was ‘really like.’ You might be too!

Is the Old Man and the Sea Worth Reading?

It is worth reading. This book won the Pulitzer Prize for Fiction in 1953 and the Nobel Prize Committee mentioned that this contributed to their decision to award him their prize too. It is a beautiful tale, simply told, and Hemingway said it contained everything he’d learned about writing.

Why was Hemingway Called Papa?

No one is sure why Hemingway was called Papa. His wife Hadley Richardson recalled that at the Festival of San Fermín in Pamplona Spain in 1923 his friends began to call him Papa, and this was perhaps because he liked to look out for his friends and they looked up to him.

I hope you enjoy reading these classics of literature! 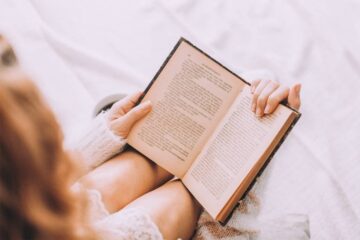