How Long Does It Take To Write a Short Story?

Asking how long it will take to write a novel is a reasonable question for a beginning writer. If you aren’t ready or can commit several months to a first draft, a short story is more manageable. So can a short story be written on a weekend, or should a writer budget more time?

It can take from several days to many weeks to write a short story. Writers typically write the first draft in a week, then put it aside for a week or two and revise it. Sometimes revision requires changing a few minor plot points, but major revision might require several additional days.

Although a short story might only be a few thousand words, it isn’t easy to write one in a couple of hours. This article will discuss why that is and how you can write more efficiently.

A short story can be defined by length, content, or the reader’s experience. Edgar Allen Poe, who is considered the father of the modern short story, wrote that if a reader cannot read it in a single sitting, it is too long.

The Proper Length Of a Short Story

The acceptable definition is that a short story is between 1,000 and 7,500 words. Anything above that is considered a novella, and a story under 1,000 words is flash fiction. Prose poetry is also under 1,000 words.

A note about reading speed: Surf the net, and you’ll find several different numbers thrown around when it comes to reading speed. Some say that 250, 300, and even precise numbers such as 238 for non-fiction and 260 words per minute for fiction are attainable.

These numbers ignore two things—retention and enjoyment. A headline from The Guardian says it best:  “You Can’t Speed Read Literature.”

How Is a Short Story Different Than a Novel?

A short story is different from a novel because of what it doesn’t have. In one way, a short story could be said to be simple because it contains fewer characters and less of a plot. However, it could also be argued that these limitations make the story more complex.

The length of a story affects its structure. In a novel, you have complete freedom to create a world and a series of events, or acts. However, in a short story, you probably should limit yourself to one main event.

Therefore, you should consider creating and focusing on one event.

And you only have a few paragraphs at most before you set that event in motion. In medias res comes from Latin, and it refers to starting a story in the middle of the action. Beginning a story with the conflict and using flashbacks to provide exposition is frequently used today.

Another critical distinction between a short story and a novel is that the story’s short length keeps you from exploring characters in detail. Short story writers concentrate on one main character because it’s hard to create more than one complex character in 2,500 words.

Why Does It Take More Than a Day To Write a Short Story?

Writing a short story takes more than a day because the writer is limited by a word count and needs to create a complex character, captivating plot, and theme in under 7,000 words. Doing all that requires many small choices, which slows down the process.

Researchers have found that the more complex the decision, the slower an individual’s reaction time. Even though this research has focused on driving and aging, it applies to any process where many decisions need to be made quickly.

That is why a writer who can produce 2,000 words a day will not be able to finish a short story in a day. Ultimately, a writer needs to answer these questions. Some prefer to do that before they write, while others start the story with the germ of an idea and see where it goes.

Here are the questions that a writer might face when writing a short story:

Let’s say it takes a writer two days to write a draft of a story. The story isn’t done yet, as that is only the first draft. Although there is no magic number of drafts, most writers will write at least one more draft.

When writing the first draft, writers focus on getting to the end of the story. They try not to edit and revise because they do that later. Instead, they focus on writing down whatever comes to mind.

You can try this for yourself.

Try to have fun with your story in the first draft stage and focus on getting it finished from beginning to end and remember that you can always go back and tweak things afterward. Then, try to write a draft straight through.

If you don’t finish in one day, reread what you wrote, and keep writing until you finish.

Most writers will put their first draft aside for a while. Indeed, after you’ve written your first draft, put the draft aside. In your second draft, you want to read your story as though you are a reader. To look at it with fresh eyes, you need to let it incubate.

Look for what isn’t working when you reread it. As difficult as it might be, focus on characterization, plot, descriptions, and word choice. Save editing for grammatical errors for later.

The first draft of a short story can be written in one or two days. However, you should set it aside for a few days and then revise it. A story might see several revisions until it is finished.

Therefore, although you might spend three or four days on a short story, they won’t be consecutive. So plan two days to write the first draft, a week at least to let it rest, and then another day or two to revise and create a final draft. 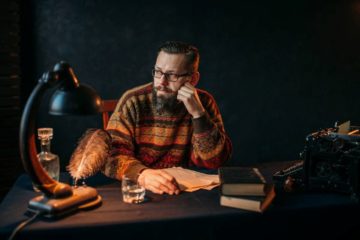 How Long Does It Take To Write a Novel’s First Draft?

Writing a novel seems like an overwhelming undertaking, especially if you’ve never written one. A writer needs to keep up with the characters and plot, worry about grammar, and find time to write. So how Read more… 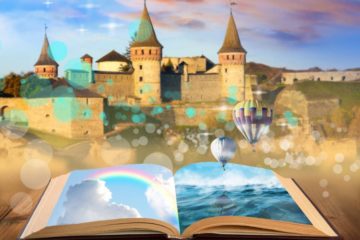 How Long Does It Take To Write a Fantasy Book?

Fantasy is a popular genre with a growing following every year since the success of the series Game of Thrones. Creating a fantasy world takes passion, dedication, and time to create a successful novel or Read more…