How Many Lines Should a Poem Have?

As a poet, you control how long a poem can be. Use short lines, and the poem will be longer, while a poem with longer lines can have the same number of words but be shorter. But how long should a poem be, and does that affect where you end a line of poetry?

The number of lines in a poem is determined by whether a poet chooses to write in a specific form or free verse. Forms like sonnets have a set number of lines, while other forms are defined by stanza length. Poets who write in free verse have more flexibility in how many lines are in their poems.

Knowing how many lines a poem should have is the easy part, especially with formal poetry. And the freedom of free verse doesn’t mean a good poem will be as long as you want. With all poetry, the number of lines is a starting point, but what you do in between is far more important, which is what this article will talk about, stick around!

What Is a Line in Poetry?

Beginning poets often have a limited idea of what a line in a poem is. In prose, the writer has no control over the length of a line. A poet, however, gets to decide where readers should pause. This control is essential to both meaning and sound.

A line in poetry is a sentence or thought, and it builds on the one before it. Because readers are forced to stop at the end of a line, they begin to pick up on implications and meanings that would not be present in prose.

What Is a Stanza?

A stanza is a section of a poem comprised of two or more lines together as a unit. Although some poems, such as sonnets, are based on the number of lines, in formal poetry stanzas are essential. Indeed, some poetic forms, such as villanelles, are structured around the length and number of stanzas.

Stanzas are named based on the number of lines. Let’s look at a few examples.

Two-line stanzas that can be used for narrative poetry or for succinct emphasis:

And wretches hang that jurymen may dine.

Three-lined stanzas. Although all three lines can rhyme, a pattern such as this is often used:

These contain stanzas of four lines. Quatrains are used in hymns, popular songs, and children’s poetry. The 4-line stanza lets a poet further develop an idea than a couplet and can have a self-contained rhyme pattern.

As you can see, in formal poetry, the count is focused not on lines but on stanzas. A poem with 4 quatrains will have 16 lines.

Some formal poems have line lengths that a poet should not deviate from. Therefore, the number of lines is based on the poem, such as the following examples:

The metrical pattern most common in English is iambic, with two syllables. One is unstressed and the other is stressed. The traditional line in a sonnet is an iambic pentameter, which is five iambic feet.

A poet who writes in a traditional form has the advantage of the structure. However, the requirements of the forms may arguably require the poet to sacrifice some directness, immediacy, and spontaneous emotions.

The number of lines in a free verse poem depends on the poet’s choices regarding line length and rhythm. Shorter lines create longer poems and vice versa, so a poet writing in free verse must decide how to create line breaks to establish a rhythm that fits the poem’s theme.

These are the basic concepts in free verse poetry:

Poets who write in free verse play around with line length and pauses, often trying different patterns. A poet might try end-stopped lines and decide the effect doesn’t match the meaning. Or a poet will do the opposite.

Often a free verse poem will have a combination of the above concepts.

There is no easy answer to how many lines a poem should have. There are too many variables, including the type of poem, the topic and theme, and the choices the poet makes. As clichéd as it may sound, a poem should arguably be long enough to get the poet’s meaning across and no more. 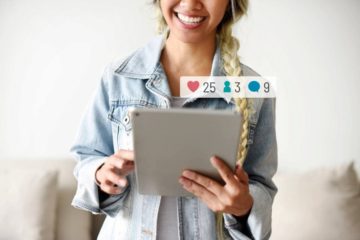 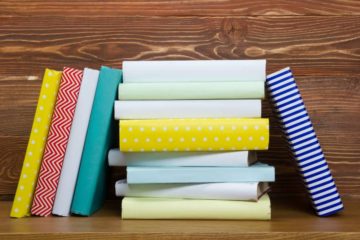 How Much Money Can You Make Publishing a Poetry Book?

You put together the best poetry book yet and you’re hoping to be paid for your hard work. But then you found out that poetry books might be one of the worst-selling books on the Read more… 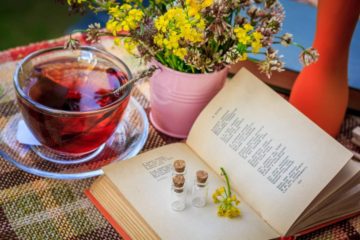 How Many Words Should Be in a Poetry Book?

A poetry book is a blank canvas that a poet can fill with whatever they want, and there is no limit to how many words or pages a poetry book can be. But if you’re Read more…