Which are the Very Best Literary Journals?

There are lots of literary journals or magazines out there that publish short stories and poems, and it’s great to know which ones are generally regarded as the best.

Lots of authors try to submit their work to the ‘best’ journals first, to prevent the scenario where you accept publication in a lower tier journal and then get offered publication, too late, in a more widely regarded journal. This exact scenario happened to the novelist Tim Winton.

What makes a journal better than another? It might be that the magazine wins more literary prizes. Or that they pay their authors more. Or simply that they have a better reputation in the publishing industry, or that the editors are very highly respected.

Ultimately, part of the fun is working out which is your dream journal, and why!

Check out the journals below for some ideas about where to submit.

The New Yorker is generally regarded as the best literary journal or magazine in the world. They win the most prizes for the work they publish, and their attention to spelling and grammar sets global trends for how to approach writing in English.

The magazine has a global reach, and has been in publication since 1925. They have over a million subscribers (which is massive!). Their headquarters is in Los Angeles. Just kidding. It’s in New York.

They publish fiction, non fiction, poetry, cartoons … in fact whatever they publish tends to represent the finest example of writing / artistry in that form.

Although they retain an open submissions portal, it’s notoriously difficult to get published in this journal, as you can imagine. Apparently there was one ten year period in which they didn’t buy a single story from their ‘slush’ pile (the pile of unsolicited works).

Getting a personalised rejection letter is a badge of honour! It doesn’t sound like much but apparently they are rare and mean that the journal took your submission seriously (I got one!).

So while it’s a great idea to submit to the New Yorker, it’s also a good idea to have a list other journals to submit to in case you get rejected. (see our article on turning rejections into wins here)

The Paris Review is an English language journal that was founded in Paris, but is run out of New York these days. It’s another very highly respected publication, and is getting a special mention here because of the series of interviews it has conducted over a very long time with authors. It’s an absolutely incredible resource that you will only believe once you set your own eyes on it, so head on over when you get a chance (https://www.theparisreview.org/interviews).

Here’s an enormous list of 500 US literary magazines to consider:

Granta is probably Britain’s leading literary journal. It was founded in 1889 (that’s early!) by students at Cambridge University. In 1979, after flagging for a while, it was relaunched as a magazine of ‘New Writing.’ They have a publishing arm called Granta Books which is worth looking into.

They do a ‘Best of Young British Novelists’, and best of novelists from other parts of the world too. So you can see they are focussed on new writing, and up and coming writers. This makes them a great place for emerging writers to be familiar with.

Of course, as with the New Yorker, it’s very hard to get published in this journal, so it’s probably a good idea to research some other British journals too, like the ones contained in the link below!

Australia has a smallish literary scene compared to the US and UK, but each state maintains a journal or two that has a great reputation. Competition for publication will not be as fierce as it is for the larger British and US journals, but the Aussie publications usually have an interest in publishing authors from the Australian state they call home.

Some of the best Aussie Journals include:

The Bombay Review has a great reputation, and conveniently for us, they have also published a list of Indian / Asian journals for you to consider:

The journal above is regarded as one of the best in Asia.

Here are a couple more lists of excellent Asian journals to consider.

I hope you find the perfect home fo your work, or simply enjoy reading the incredible offerings contained in all these repositories of creative excellence. 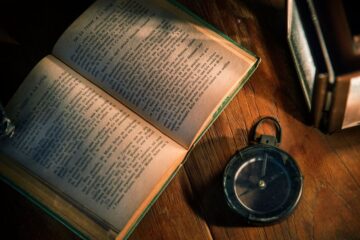