The Best Autobiographies and Biographies of Creative Writers

Reading biographies can be a lot of fun, and it can also help you to understand your favourite writers, improve your craft, and gain a better understanding of the industry you are working in. But which are the best ones?

First of all, it’s probably a great idea to do a search for biographies of your favourite writers! The best teachers of all are the ones who have written creative writing that you like and admire. You likely won’t value very highly advice from even a Nobel Prize winner if you don’t like their work! And you shouldn’t either.

This autobiography is a classic example of a book that will help you understand the industry better, and provide plenty of insight into the writing process of a legendary author.

Written in 1983, it’s all about Goldman’s experiences in Hollywood, and its hilarious and informative, and was very popular! Goldman won Oscars for best screenplay for Butch Cassidy and the Sundance Kid and also All the President’s Men. He also wrote the novel Princess Bride. You’ve probably heard of him!

The book is divided into three parts. In ‘Hollywood Realities’ he delivers lots of thoughts on how to write, and the practicalities of working in Hollywood. In part two he illustrates his lessons with stories from the productions he worked on! And in part three he provides interviews with successful people, and advises on how to adapt stories into films. A great read!

This title is almost chosen at random from Didion’s body of work because its all so good! Her work is often autobiographical, and she is incredibly generous and candid with insights gleaned from her personal experiences.

She’ll tell you all about writing, and the experience of being a writer. Somehow, I don’t think you’re ever quite the same after reading Didion. She cuts right to the core of things, and shows you what’s really going on underneath all the bells and whistles, and summons a sense of atmosphere and place with incredible vividness and verisimilitude.

This work discusses mourning, and particularly focuses on the year of Didion’s life after her husband passed away. A classic!

This is the absolute show stopping and heart wrenching story of growing up penniless in Ireland with an alcoholic father. That doesn’t sound like much fun does it? But it is very entertaining and rewarding.

It won the Pulitzer prize, and became world famous. From memory, this text doesn’t deal explicitly with the business of writing, but it will show you how to craft stories from real life experiences. It’s the ultimate auto-fiction example, or ‘slice of life’ exemplar.

This is more of a roman à clef, but it serves the same function of allowing an insight into the writer’s world! Published in 1954, it picked up the Prix Goncourt – a top French gong for writing.

Simone was in a tight circle of literary friends that included Sartre and Camus, and the work follows a group of French intellectuals from the end of World War 2 until the middle 1950s. It’s an absolutely cracking read and dripping with insight and important political commentary including foundational feminist intellectual work.

Hemingway spent some time in France during his early years as a writer, in the company of many others astonishing writers! This is the story of those formative years.

Here is the quote the title comes from “If you are lucky enough to have lived in Paris as a young man, then wherever you go for the rest of your life, it stays with you, for Paris is a movable feast.”

The story of how the work came into existence is miraculous (can it really be true?) :

In 1956, Ernest and I were having lunch at the Ritz in Paris with Charles Ritz, the hotel’s chairman, when Charley asked if Ernest was aware that a trunk of his was in the basement storage room, left there in 1930. Ernest did not remember storing the trunk but he did recall that in the 1920s Louis Vuitton had made a special trunk for him. Ernest had wondered what had become of it. Charley had the trunk brought up to his office, and after lunch Ernest opened it. It was filled with a ragtag collection of clothes, menus, receipts, memos, hunting and fishing paraphernalia, skiing equipment, racing forms, correspondence and, on the bottom, something that elicited a joyful reaction from Ernest: ‘The notebooks! So that’s where they were! Enfin!’ There were two stacks of lined notebooks like the ones used by schoolchildren in Paris when he lived there in the ’20s. Ernest had filled them with his careful handwriting while sitting in his favorite café, nursing a café crème. The notebooks described the places, the people, the events of his penurious life.

If you are feeling a little stalled with your writing, or a little isolated, or puzzled by the writer’s life or the industry itself, then dipping into autobiographies and biographies can help contextualise your own writing journey, and these works often provide plenty of writing tips along the way! Enjoy! 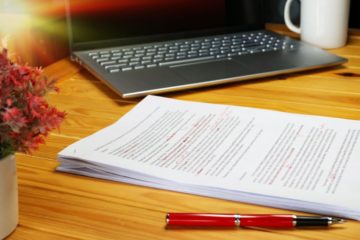 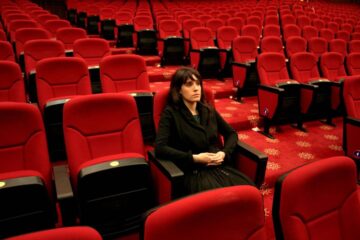 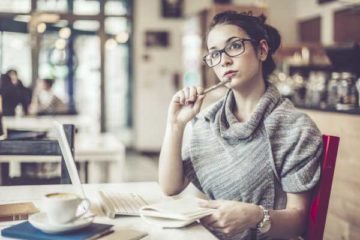