Poetry works according to a system of rhythm and meter. The syllable groupings determine this in the lines of a poem, which have specific rules depending on the kind of poem being constructed.

This article will delve into the value of syllables in poetry and how the poet can manipulate them. Let’s get started.

We all know that a syllable is a grouping of letters or sounds. Syllabic organization and construction are at the crux of poetry and play a vital role in the:

Syllables determine breaks and flow between one line to the next, especially when reading aloud or reciting, known as rhythm. Meter, on the other hand, is the pattern of stressed and unstressed syllables in a poem.

These form patterns with lines of a poem and are measured in feet.

Finally, we all know what rhyme is. Still, syllables determine where rhyme is situated within a poem, such as internal or at the end of a line, or even near or slant rhyme schemes.

Poems don’t need to have the same syllable structure or syllable count in every line of the poem, except syllabic verse.

However, for the most part, syllables still need to be structured so that they form a pattern of some sort. The way syllables, words, lines, and stanzas are grouped is referred to as form, and it’s an essential player in evoking emotion or introspection in a reader.

Poems frequently do this by utilizing ideas as succinctly and clearly as possible.

Rhyming is strongly affected by syllables as well. In fact, many poems are focused on meter, rhythm, and rhyme because the correct use of these elements was crucial when poetry was a spoken art form.

Poets used to memorize poetry and recite it to audiences, which would have been far more difficult without a predictable and consistent structure. If you’re interested in the history of poetry from its conception to the present day, take a look at this timeline of poems and poetic movements.

Syllable organization and number may be completely free to the creative license of the poet, as modern poetry has moved toward free verse. It focuses less on rhyme and rigid structure and more on visual elements and descriptive writing.

However, other forms of poetry have their own unique sets of rules surrounding syllables. These types of poetry and their syllable structures are as follows:

As you can see, syllable structure is crucial to the structure and flow of a poem.

To view examples of different kinds of poems and how these syllable structures play out, look at these examples by famous poets.

Poem types that do not require any specific syllable structures in place are free-verse, ballads, and epics. If you’re eager to learn more about the ins and outs of poetry and how to develop your voice, check out this poetry Masterclass by Billy Collins.

How Syllable Structure Works in Free-Verse

Free-verse is undoubtedly far less structured than other, more traditional forms of poetry. However, this doesn’t mean that the free-verse has no structure.

Some poets may choose to use iambic pentameter in a free-verse poem.

Some use rhyme, and some use repetition or refrain from creating links between lines throughout the poem. There is a lot of freedom when writing free-verse poetry. The poet can decide to structure it in any way they want, but this can also make it more challenging to write an effective poem.

Elegies are a poetic form that, like the free-verse, have a very open approach to structure and don’t necessarily follow the rules that most traditional poetic forms follow, even though elegies date back to possibly 7th Century BCE Greece.

Poetry Foundation has a valuable list of famous elegies if you want to analyze and compare their structures.

Odes are similar to elegies, though they are generally more structured and “formal.” They’re organized into three main stanzas, but there isn’t necessarily a rule dictating syllable number per line or even line number.

Note that elegies and odes focus more on emotionally connecting with an audience than on structural components, as they are very personal and dedicated entirely to particular people.

Find out more about the types of odes and their structures, or lack of structure, on ThoughtCo’s guide to writing an ode.

Epic poetry is another example of a poetic form that doesn’t abide by a specific structure. Epic poems are incredibly long and focus heavily on developing their characters and portraying pathos. They also acted as a form of catharsis for audiences in ancient times.

Though there are no structural rules regarding syllables, line, and stanza length, structural elements revolve around stylized language and dramatic and lyrical traditions. Take a look at this list of epic poems that every aspiring poet and literature enthusiast should read.

The syllable number per line doesn’t matter in every single poem, but it’s often an essential factor to consider when constructing a poem. Syllable structure can determine everything from stanza length to a poem’s entire rhythm and is thus a powerful poetic tool. 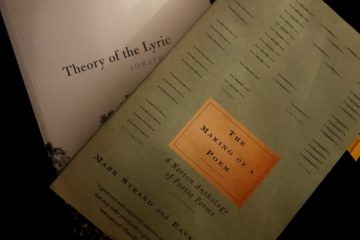 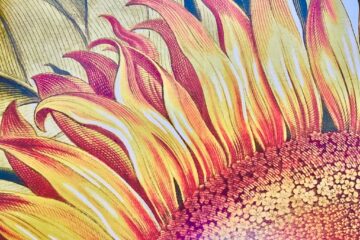 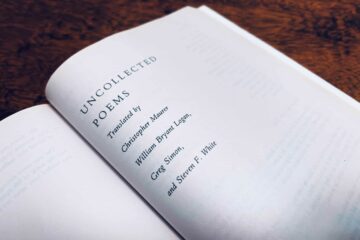